Replicate implants are the most natural-like opportunity to rebuild your own destroyed tooth. They are made of medical titanium, just like classic implants, while their shape is shaped like a tooth root that will be rebuilt by the implant. Thanks to this, the procedure of implanting replicate is carried out atraumatic, without bone drilling – immediately after removal of the tooth. The implantologist, after removing the damaged tooth, introduces a pre-prepared Replicate implant into the dent. Treatment ends with the attachment of the interim crown to protect the place of the procedure. The greatest advantages of Replicate implants are:

Since each Replicate implant is performed on an individual order at the Natural Dental Implants (NDI) laboratory in Berlin, treatment with this system proceeds several stages: 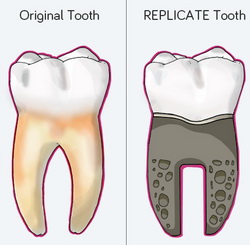 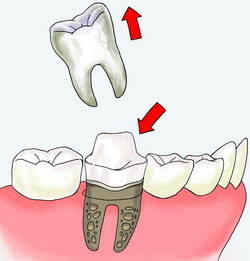 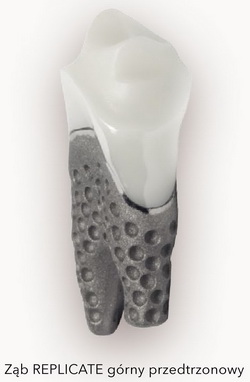